4-7-72
“For us to see “art” as a confined pictorial world is a very learned logic.
____________
“We are so strongly committed to this logic (learned) that we call pictorial art real – and believe photographs, when in fact they are the clearest form of abstraction. The world we have built is based on this abstraction – for good or for bad.
____________
“ – you were not aware of it (the painting) first as an idea, but only aware of it on this tactile level.
____________
I was just trying to eliminate imagery in favor of physicality”
____________
“Let’s assume that we can deal with an absolutely meaningless mark: in what manner can we relate to it? Besides its imagery, it exists, by having a physicality: it has weight, density, volume and energy: this physicality can be perceived experientially through personal participation”
Robert Irwin. 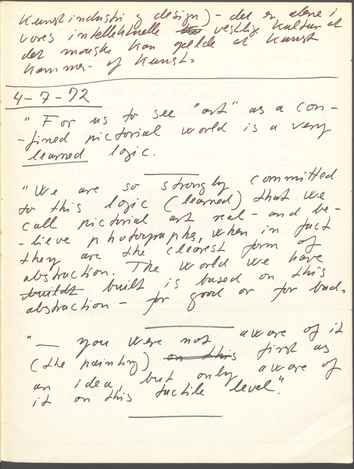 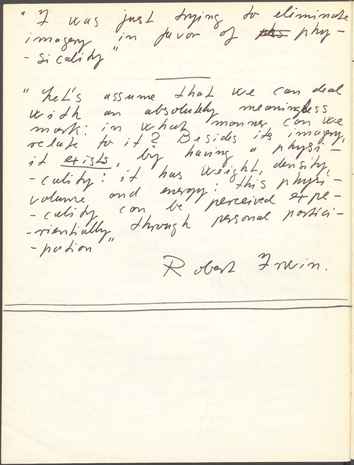